The Association of Egyptian Female Lawyers organized a wide round table on national level on Thursday, 11th January 2018 in Safir Hotel, El Dokki. The round table aimed at presenting and discussing the public policies paper about Egyptian women’s role in making decision within the program of “Enhancing Political Participation for Women” funded by UN Women. It was attended by parliamentarians, representatives of Ministry of Social Solidarity, the National Council for Women, the Ministry of Health and local development, in addition to group of male and female chairpersons of NGOs, international organizations, local organizations, political parties, industries federation, labor unions and professional syndicates. The round table also enjoyed wide media coverage by number of Egyptian and national channels and journals, satellite channels and different electronic pages. In addition, the roundtable aimed at coming out with recommendations and suggestions by representatives of participant state bodies and civil society to support Egyptian women especially in marginalized areas and give her opportunity to participate in decision making process.

The round table was started by opening speech of the chairperson of the Association of Egyptian Female Lawyers, Mrs. Rabha Fathy, speech of the national coordinator of UN Women in Egypt office, Mrs. Nahla Saqr, speech of the Egyptian parliament introduced by Mrs. Maysa Atwa and then the speech of Mr. Ayman Badr, monitoring and evaluation officer in the program of “Enhancing Political Participation for Women”. Also the project’s objectives and achieved results were presented in addition to the policies papers produced by the project.

Mr. Mahmoud Mortada, human development consultant, started the first session focusing on the most important legislative and social obstacles which face the political and social participation of women in Egypt in the light of policies papers’ results produced by the project. Also Mr. Emad Eisa, the project partner and the representative of the Association of Local Community Development in Baba Island in Bani Souif, clarified that the project is considered the first and real one in Bani Souif to work on preparing abled women calibers to nominate and participate in local councils elections. In addition, Mr. Eisa pointed out that the project held many seminars and meetings to raise the awareness of society in regard to the importance of women’s political participation in addition to building the capacities of youth and enabling them to participate in the voluntary activities and awareness campaigns implemented in the Egyptian universities. Besides, the project built the capacities of partner associations and enabled them to write policies papers and shared them with society to achieve the most benefit.

The third recommendation: developing programs of technical support, building capacities of young women leaders and rehabilitating them to participate in political life and local councils elections.

The fourth recommendation: enhancing efforts, coordination and partnership among all governmental and non-governmental stakeholders and parliament.

The fifth recommendation: maximizing interest and research efforts in the field of women’s empowerment to participate in decision making, updating databases related to women’s participation and providing information and making them accessible and shareable. 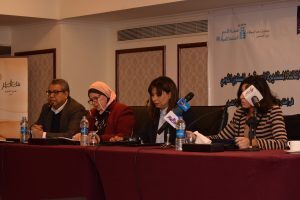 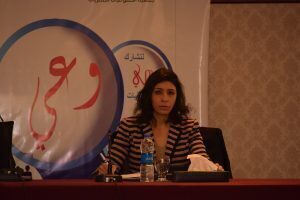 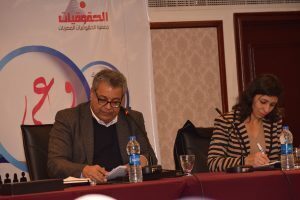